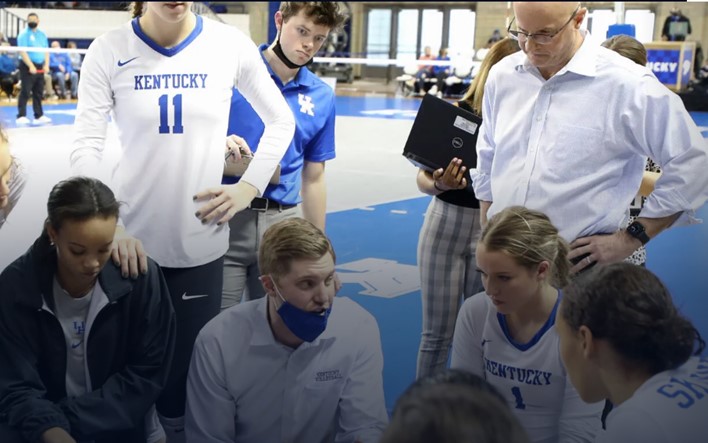 LEXINGTON, Ky. – Kentucky Volleyball associate head coach Anders Nelson resigned his position at UK on Friday, announcing that he has accepted the head coaching job at Vanderbilt, becoming the first head coach of the reinstated program for the Commodores, who begin play in the fall of 2025.

Nelson has been with Kentucky for a total of 11 seasons and he just completed his seventh as associate head coach in 2022. His main responsibilities with UK include working with the middle blockers and serving as UK’s defensive coordinator, camp coordinator and scouting among other duties.

He has been a part of all six SEC championships in Craig Skinner’s tenure and was integral in the recruiting and development of the 2020 NCAA National Championship team at Kentucky.

Vanderbilt announced on April 19, 2022 that Athletics Director, Candace Lee, would be reinstating the volleyball program at VU after it was abandoned in 1980 after just a two-year existence. Vanderbilt will compete in the Southeastern Conference and play its home matches inside Memorial Gymnasium.

“We are excited for Anders and this opportunity. He’s earned the chance to run a program. He’s been a big part of our success here at Kentucky and we will miss him. At the same time it’s a credit to this program that continues to help people grow and create opportunities. We wish him nothing but the best!”

“Today is an incredibly bittersweet day for me. I am thrilled to begin a new chapter of my life by accepting the head coaching position at Vanderbilt. However, as with any decision like this, I am leaving behind a special group of people and a great volleyball program at Kentucky.

Kentucky Volleyball has meant more to me than I can say. I sincerely love this program and all of those who are associated with it. My experience is proof that if you pour your heart into this program, it will reward you back.

I want to thank Craig Skinner for taking a chance on me and helping me grow into the coach I am today. I also want to thank Mitch Barnhart and Katie Eiserman for their leadership and guidance during my tenure at UK. To the players who challenged me daily to become a better version of myself, thank you.

While it’s been an honor to wear Blue and White for the last decade, Mark and I couldn’t be more excited to take the next step in our journey.”