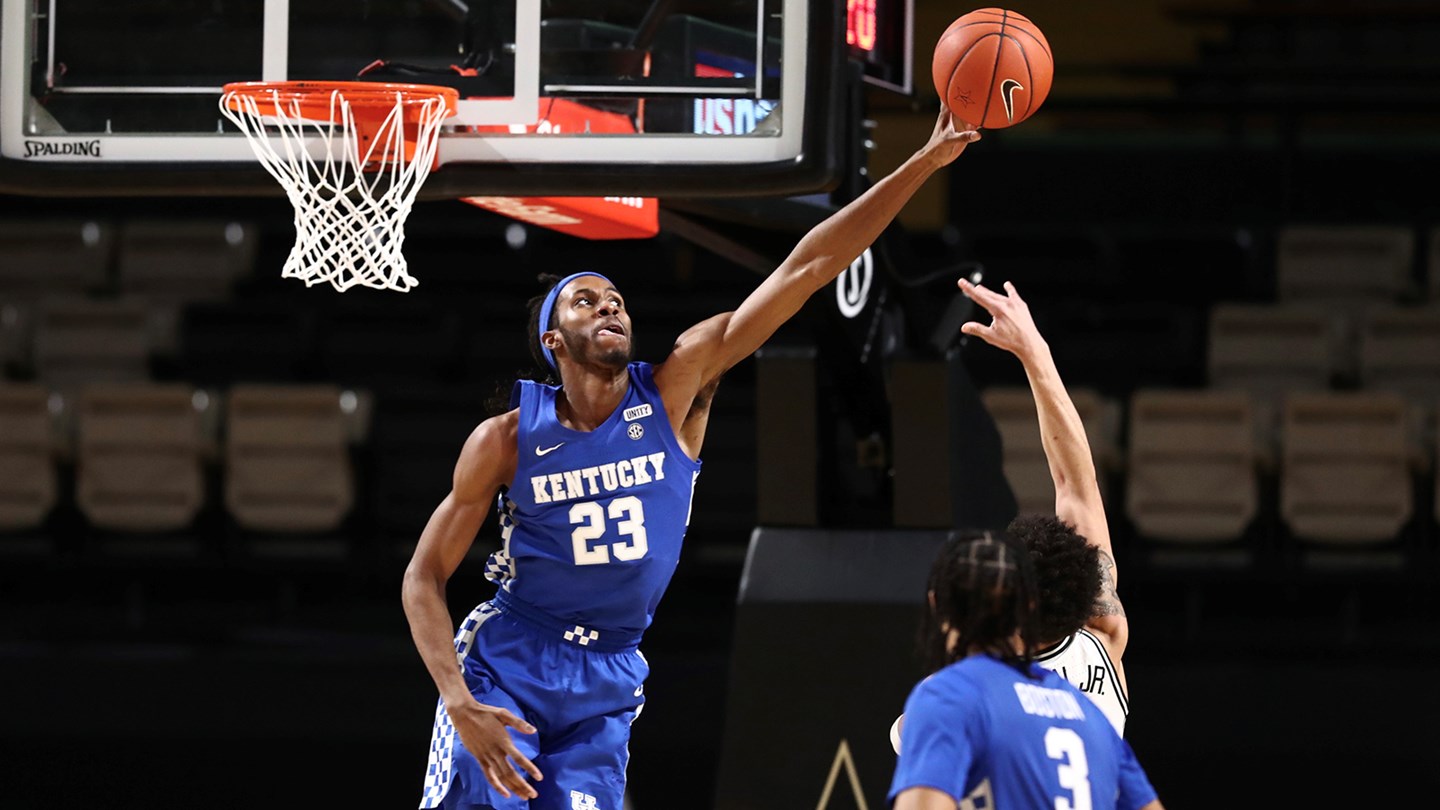 For the 2nd game in a row UK tried to revert back to their old ways and give a game away. The Wildcats, however, may be figuring things out as for the second game in a row, they figured out how to hang on for the win. The Cats defeated Vandy on the road 82-78.

Kentucky jumped out to a 42-30 halftime lead behind 56% shooting from 2 point land. Isaiah Jackson put on a first half show netting 15 points and 7 rebounds on 5 of 5 shooting and 5 of 6 from the free throw line. The Cats had 11 first half assists and only 6 turnovers.

The problem, as has been most of the season, was the inability to have the killer instinct and win the game. This game would be no different, until the end that is. Jackson, who had been the catalyst in the first half, was nowhere to be found in the second half only playing 5 minutes and not taking a single shot. Kentucky would reverse their assist / turnover with 6 assists and 9 turnovers. Boston continues to have poor shooting nights and the 2nd half against Vandy was no exception going 1 for 8. Vandy star Pippen Jr. did all he could to pullout the win with 21 points in the 2nd half, including 3 free throws in the closing seconds of the game.

Vandy started off the 2nd half on a 16 – 4 run that tied the game at 46-46 at the 13:24 mark. It looked like the ghosts of collapse past had reared it’s ugly head. UK’s Brooks would turn the ball over resulting in a Vandy layup to close the UK lead to 53-51 at the 10:35 mark. From there on until the 1:41 mark with the score 74-68 UK managed at least a 4 point lead. That’s when the “On no, here we go again” started to happen. Vandy would pull within 1 point a couple times but Kentucky would hang on unlike previous games, to get the win.