Skip to content
You are here
Home > 01 FEATURED > College Hoops – No. 3 Louisville Stumbles at Florida State, 68-59 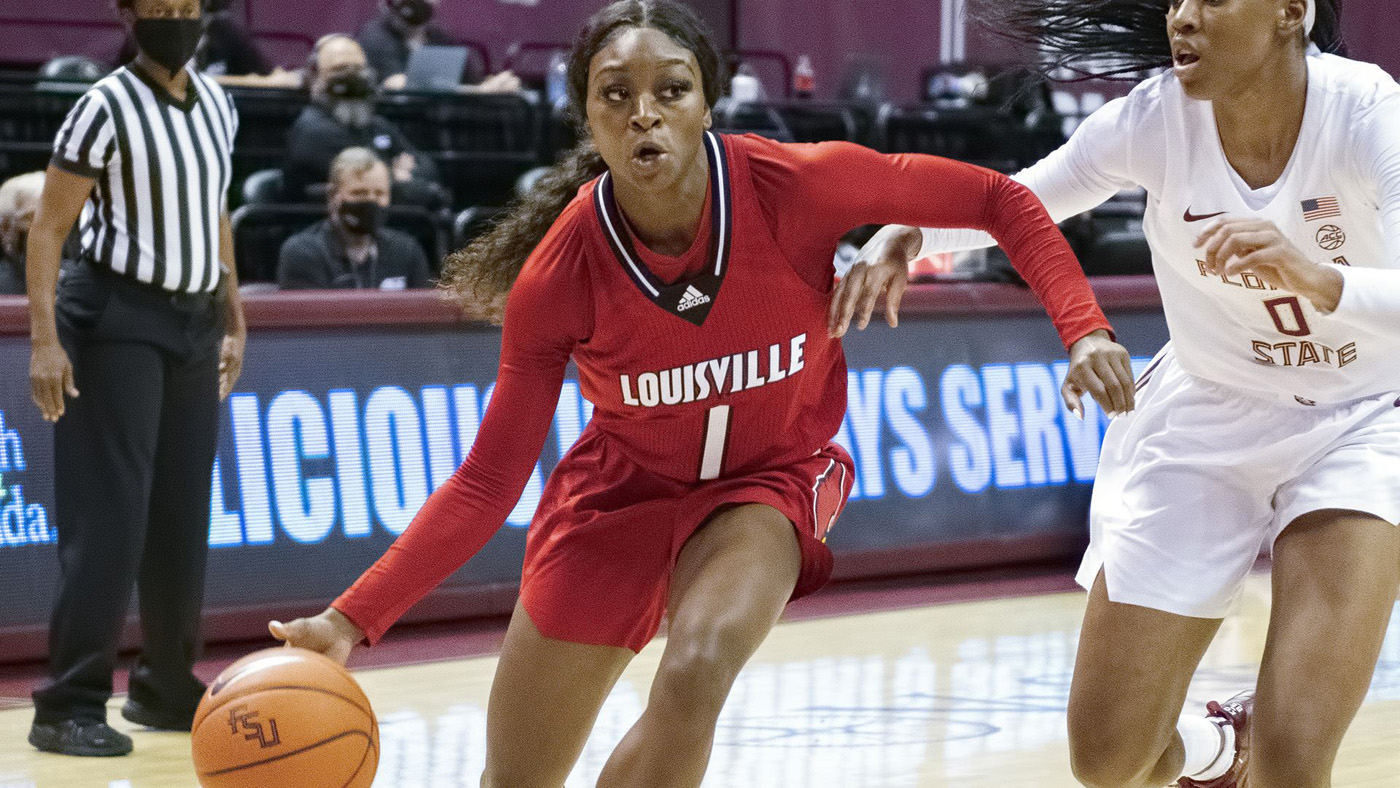 Dana Evans led the Cardinals with 13 points and five assists.

TALLAHASSEE, Fla. (AP) – Dana Evans scored 13 points to extend her steak of double-digit scoring games to 39, but it wasn’t enough as Florida State stunned No. 3 Louisville 68-59 on Sunday afternoon.

Morgan Jones led Florida State with 26 points and pulled down 10 rebounds. She shot 7 of 13 from the floor and 12 of 15 from the free-throw line for the Seminoles (9-6, 8-6 Atlantic Coast Conference), recording her third double-double of the season.

Kourtney Weber scored 14 as the Seminoles used a 9-0 run in the fourth period to pull in front and hold on for the victory, which was critical toward improving their NCAA Tournament prospects.

The Cardinals were looking to secure their fourth straight ACC regular-season title, but a poor shooting game ended that opportunity.

Louisville couldn’t make 3-pointers and Evans couldn’t get in gear in a rare road loss.

Jones and Weber led the way as the Seminoles used the free throw line to deliver its third victory in the last two seasons vs. the Cardinals.