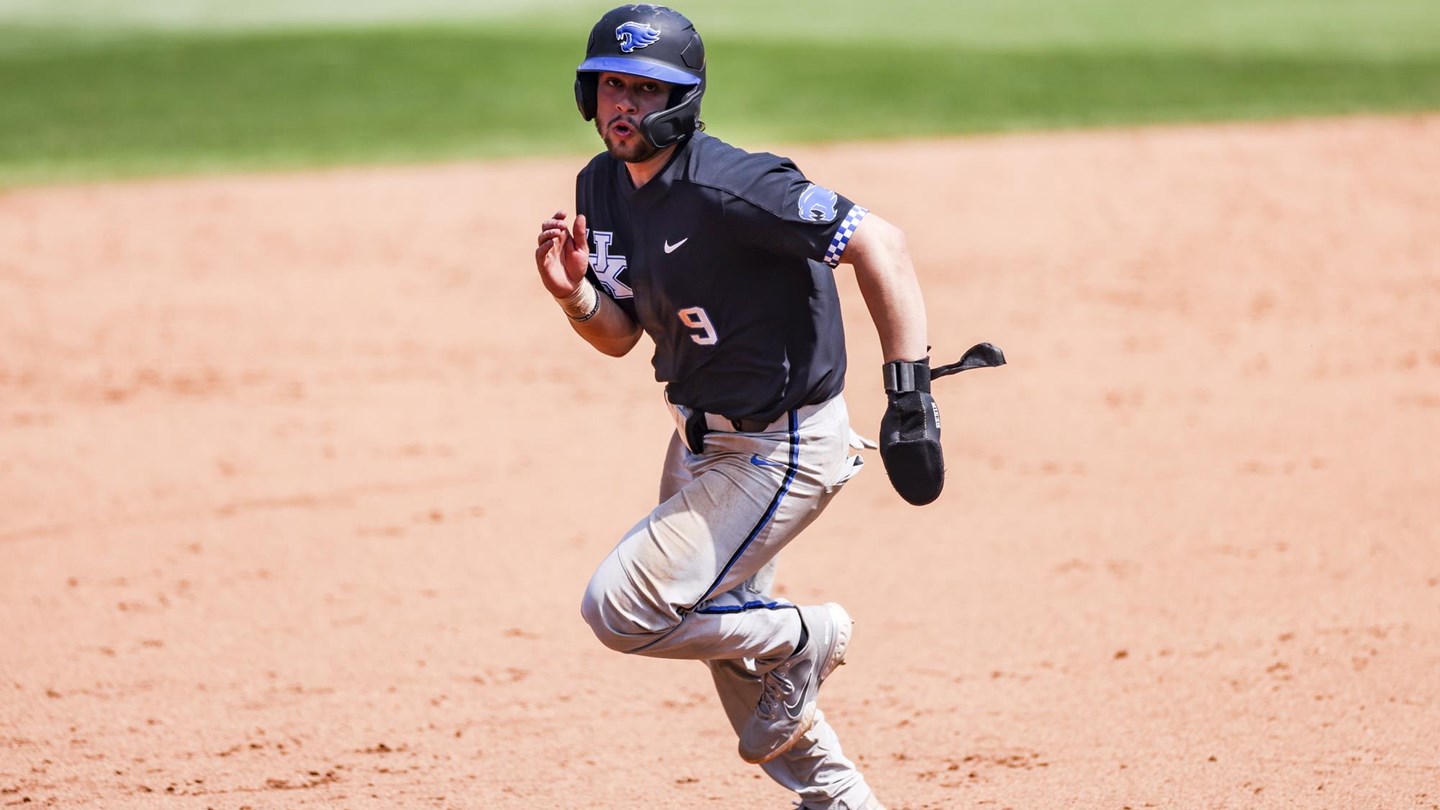 The senior moves into seventh on home run chart; Wildcats fall at No. 20 Georgia

ATHENS, Ga. – T.J. Collett smacked the 36th home run of his career as he continues to climb Kentucky’s all-time chart but the Wildcats fell 8-7 to No. 20 Georgia at Foley Field on Saturday night. The teams will play a decisive game in the series on Sunday afternoon.

Collett moved into seventh place on the school’s career list with a mammoth blast that clanked off the light tower in centerfield as the Cats fought their way back from a 3-0 first inning deficit. The senior from Terre Haute, Indiana, is tied with Jeff Shartzer (1979-81) and needs just one more to move into a four-way tie for fourth. The blast also was his 10th of the season, making him the first player in school history to have three double-digit homer seasons.

The Cats (22-10, 7-7 SEC) spotted Georgia a three-run lead after three batters on a single, hit batter and home run but starter Sean Harney settled in after that, striking out nine in 4.2 innings before giving way to the bullpen. Meanwhile, the offense battled back and tied things at four in fifth inning with the first four batters of the inning reaching base, although they left a pair of runners in scoring position in the inning.

Georgia took advantage of the leadoff man reaching base each of the final three innings, scoring each time as it took an 8-5 lead into the ninth. UK, as it has all season, would fight to the bitter end with Trae Harmon drawing a walk as a pinch hitter in front of Austin Schultz, who blasted a two-run homer int the trees beyond left field with the Cats down to their final strike.

On Sunday, the Cats will send sophomore right-hander Zack Lee to the mound in search of a second road series win in three attempts in conference play. First pitch is set for 1 p.m. ET on the SEC Network Plus.

Bottom 1st – McAllister singled through the left side, Cole Tate was hit by a pitch and Collins homered to RF. Georgia 3, UK 0.

Top 5th – Jacob Plastiak singled up the middle and advanced to third on Ryan Ritter’s double inside the RF line. Plastiak and Ritter scored on Chase Estep’s single up the middle. UK 4, Georgia 4.