Skip to content
You are here
HOME PAGE / 01 FEATURED / WhoCares? 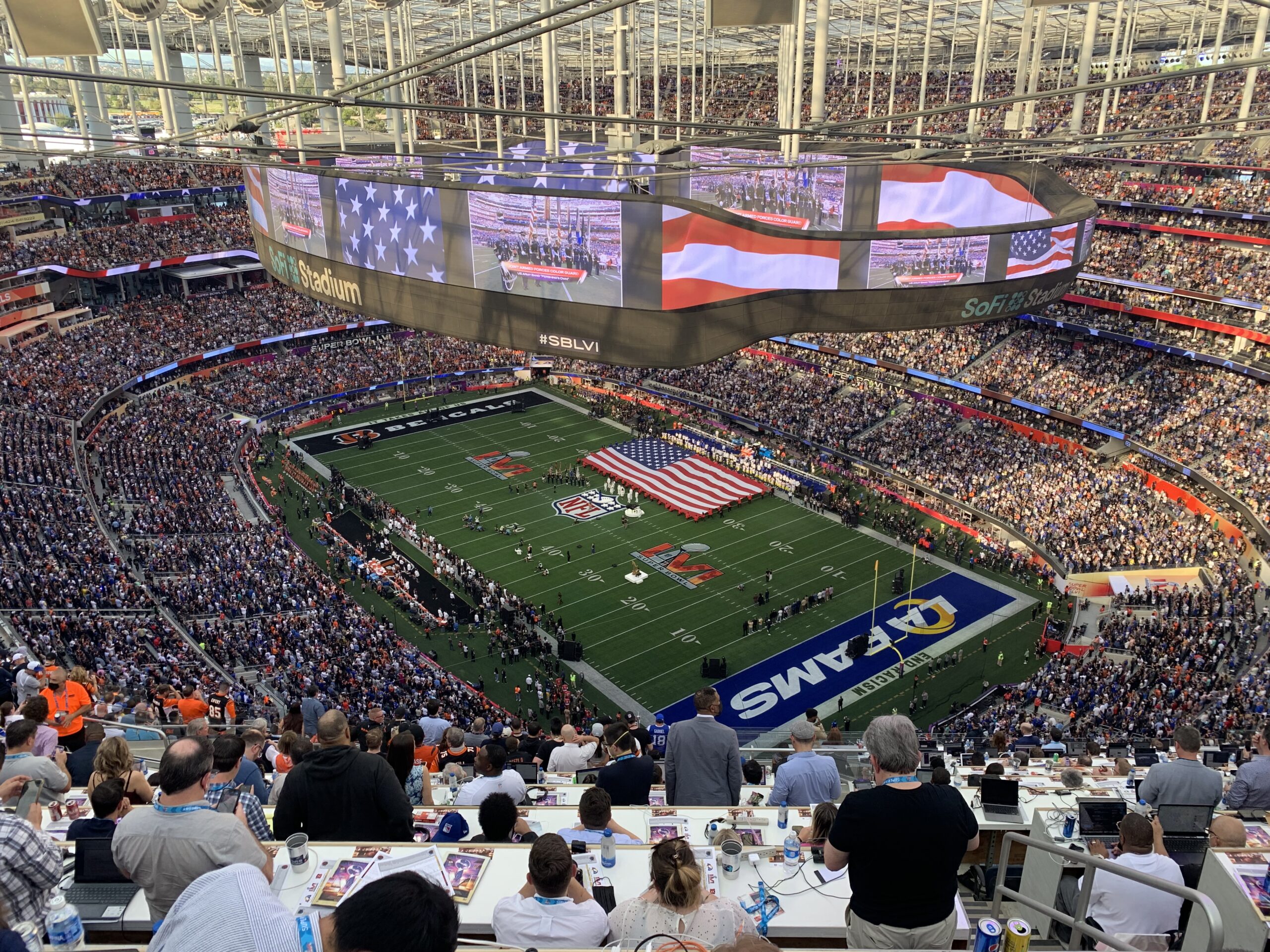 The Cincinnati Bengals, arguably a team of destiny, suffered a heartbreaking 23 – 20 defeat to the Los Angeles Rams in Super Bowl LVI. WhoDey Nation came in as a four-point underdog, but anyone following the trajectory of this team over the past two months would tell you that they could’ve—no that’s SHOULD’VE—won it all on Sunday.

There would be no Money Mac magic, no Joey Franchise overtime comeback, no prolonged celebration for the Queen city faithful tonight. Matthew Stafford hit Cooper Kupp for a one-yard touchdown pass with 1:25 to play, and Aaron Donald forced an errant Joe Burrow pass on the ensuing series…and Cincinnati’s hopes for a fairytale championship lay broken and strewn just past the midfield marker of the SoFi Stadium turf.

“It’s hard to lose a play really on the last play of the game,” said Bengals’ head coach Zac Taylor in the postgame presser. “When we were moving the ball in a position to, feel like win the game—not tie it, we were going to try and win it. Been working for the last six months. Played 21 games and then you lose the Super Bowl, it’s not a lot of fun.”

The big, bad Rams—playing in their opulent, futuristic, state-of-the-art home—did exactly what they needed to do to win. Matthew Stafford threw darts (26-of-40 for 283 yards and 3 TDs), MVP Cooper Kupp made big play after big play (8 catches for 92 yards and 2 TDs), and Aaron Donald and the Rams defensive line ratcheted up the pressure in the third quarter, sacking Joe Burrow a record five times in the quarter and seven times total.

In addition, a relatively penalty free game turned into a virtual flag fest on the Rams’ final go-ahead drive to the chagrin of those 70,048 in attendance wearing orange and black.

Still, despite the zebras, the Bengals had one more chance. Burrow—he, who for the past three weeks could do no wrong—drove the team to the Rams’ 49-yard line but came up just a bit short.

“I thought we were going to go down and at least get a field goal to tie the game and send it into overtime,” he said. “You’ve got to give credit to them [the Rams defense]. They played their tails off for those four plays and stopped us on third-and-one and fourth-and-one so, credit to them.”

In the biggest game of his young career, Burrow was a respectable 22-of-33 passing for 263 yards and a touchdown. His 75-yard bomb to Tee Higgins to open the second half gave the Bengals their first lead of the game. It just wasn’t quite enough for the ending everyone had hoped for. There would be no team of destiny after all.

So, there you have it. Los Angeles—the city of angels—with another championship crown that nobody in town seems to care about. Oh, there were a few mocking chants as I walked out of the stadium searching for an elusive Uber, and the hometown fans were certainly happy. But LA is a Dodgers’ town first, a Lakers’ and Kings’ town second. The upstart Rams are the new kids on the block. They simply aren’t yet relevant. NFL champions? Five miles away, nobody even noticed.

Meanwhile, Cincinnati—the midwestern stepchild of the NFL—was starving for a long-awaited football champion. Die-hard fans packed into bars and restaurants ready to celebrate the win of their lifetimes. Twice they’d been to the Promised Land. Surely, the third time would be a charm. Joe Burrow, Ja’Marr Chase, and company were the team of destiny.

Eventually the pain will wear off. We’ll view the Bengals’ rags to riches, last to first resurgence against the backdrop that it properly deserves. I feel privileged to have been invited along for the journey. But for now, just let me wallow in my misery. WhoDey!