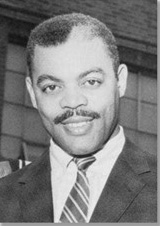 March 24, 2022
Introducing the IHSAA Ray Crowe Excellence in Leadership Award
To be presented annually for exemplifying sportsmanship, ethical conduct and moral character
In recognition of Ray Crowe’s profound life and legacy in Indiana, the IHSAA is proud to announce the formation of the
IHSAA Ray Crowe Excellence in Leadership Award in his honor.
The award will recognize individuals who carry on the legacy of Ray
Crowe, exemplifying the highest standards of sportsmanship, ethical
conduct, and moral character. Candidates will be considered on the
merits of their achievements as a high school leader (coach, athletic
administrator, etc.), civic contributions, and community impact, including
significant and/or long-term contributions to the interscholastic athletic
community. This award will acknowledge the accomplishments and
meaningful contributions of individuals who are worthy of statewide
recognition as examples for others to emulate.
The inaugural award will be presented publicly to the family of Ray Crowe
at halftime of the Class 4A Boys Basketball State Championship on
Saturday (March 26) at Gainbridge Fieldhouse.
Born and raised on a farm near Franklin, Indiana, in 1915, Ray Crowe was
one of 10 children. A standout student-athlete at Whiteland High School,
he was a four-year letterman in basketball (twice the leading scorer and
team captain), a three-year letterman in baseball, and the only Black
player on both teams.
After high school, Crowe attended Indiana Central College (now
University of Indianapolis) where he earned a degree in education and lettered in basketball, track and baseball. He
graduated in 1939 and worked at International Harvester before starting his career as an educator and coach at
Indianapolis Public School 17.
Crowe became an assistant basketball coach at Crispus Attucks High School in 1948 and was appointed head basketball
coach in 1950.
During his seven-year tenure as head coach, the Crispus Attucks Flying Tigers won the Indiana state basketball
championship two consecutive years (1955 and 1956)—becoming the first all-Black school to win an open state
championship in the country, the first Indianapolis team to win the state title, and Indiana’s first undefeated state
champions. Crowe was also the first Black coach to win a state title.
His teams made tournament appearances every year he coached: the State Finals in 1951, Sectionals in 1952, SemiStates in 1953 and 1954, and State Finals (runners-up) in 1957. His record as head coach was 179-20.
Page 2 of 2
While the team’s success brought great fanfare, it did not shield them from the racism and discrimination of the time.
Despite facing racial tensions and hostile playing conditions, coach Crowe always emphasized the importance of good
sportsmanship and taught his players to remain calm, take the high road, and overcome adversity through discipline and
achievement.
Crowe coached numerous Indiana Basketball Hall of Fame inductees, including Oscar Robertson, and was inducted
himself in 1968. Following the 1957 season, Crowe served as the school’s athletic director for 10 years, during which the
school won its third state championship in 1959.
This summer, he will be inducted posthumously into the National High School Hall of Fame, becoming the first Indiana
high school basketball coach to receive the honor.