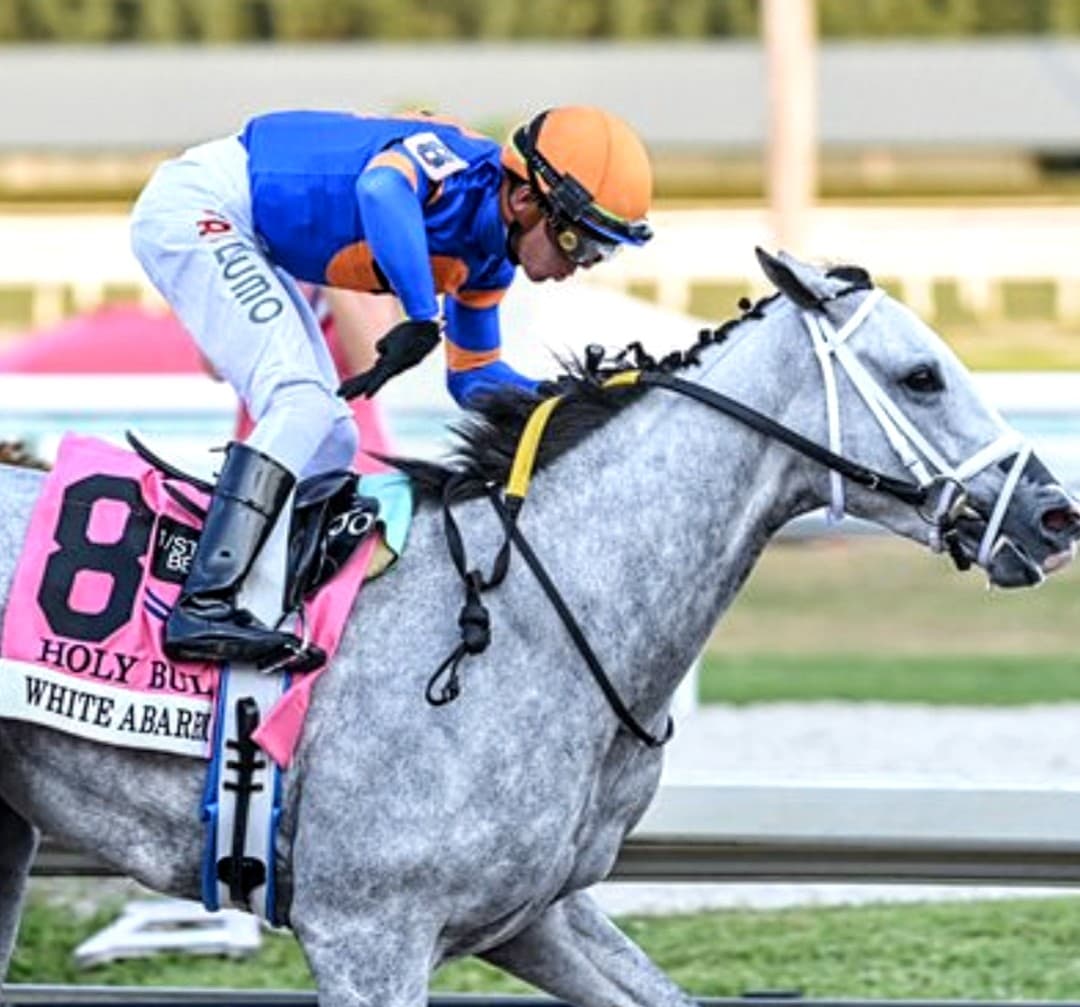 With only one minor Kentucky Derby prep race left, the field for 2022 is taking shape. Three potential contenders defected this week:  Classic Causeway, Forbidden Kingdom, and Emmanuel. The last five horses in as of now have 40 points. Tawny Port is the horse with the least earnings in this group and is vulnerable to be bumped if a horse with 20 plus points wins the  $400,000 Grade 3 Stonestreet Lexington Stakes this Saturday. Trainer Brad Cox has not ruled out a start for Tawny Port in that race off just two weeks rest, which would be brutal if the plan is then to run him right back in the grueling mile and a quarter Kentucky Derby. I sincerely hope that does not happen.

Lists of top Kentucky Derby contenders have been circulating for weeks.  But until now, those lists were a little like the Derby Future Pools. Worthless. It’s time to get down to business…so let’s go!
Top Contenders (not necessarily in order)
1. Taiba
2. Epicenter
3. White Abarrio
4. Cyberknife
5. Zandon
6. Crown Pride
7. Mo Donegal
Use in Exotics:
Barber Road
Charge It
Possible Rebounds:
Smile Happy
Simplification
Messier
For what it’s worth, these are my choices and here are my thoughts on each of them.
Taiba – Purchased as a two-year-old for 1.7 million by the Medina Spirit connections, this Gun Runner colt made history on Saturday by winning the Santa Anita Derby in only his second start. He will enter the Kentucky Derby one start short of Triple Crown winner Justify. It is a lot to ask from a horse to run in front of a massive crowd in such a big field on May 7th. Freak or fraud? It is anyone’s guess. He has done nothing wrong so far…and new trainer Tim Yakteen has high hopes for him. Bob Baffert trained Taiba until sanctions were upheld and enforced preventing him from racing for 90 days.
Epicenter – A victory on May 7th would give trainer Steve Asmussen his elusive first Kentucky Derby win. Epicenter showed his running style flexibility in the Louisiana Derby, coming from off the pace for the first time in six starts to defeat lightly-raced Zozos by two lengths.  Likely the morning line favorite, Epicenter and I were born in the same city…Bowling Green, Kentucky!
White Abarrio – He is a gutsy grinder with four wins in five starts. I like that. He only brought $7,500 as a yearling. His trainer cried when he won the Florida Derby. They are a small operation going up against the mega-trainers. Much like St. Peter’s  in the NCAA tournament, White Abarrio is the Cinderella of the top contenders in the Kentucky Derby field.
Cyberknife – This Gun Runner colt wins “Most Unusual Path to the Kentucky Derby Award” as he appeared to be on and off the Derby Trail in just a short time for trainer Brad Cox. A poor showing in the Grade 3 Lecomte at the Fairgrounds in January led to a shuffle back to the allowance ranks for his next start. He won by three lengths and went on to win the G1 Arkansas Derby by 2 1/2 over a closing Barber Road next out.
Zandon – His last to first victory in the G1 Toyota Bluegrass Stakes on Saturday was very impressive. In his third attempt at 1 1/8 miles out of only four career starts, this Upstart colt has a rock solid foundation for stretching out to a mile and a quarter.
Crown Pride (Jpn) – The Japanese have been on fire in major stakes races all over the world. They stunned us at Breeders’ Cup. Why not the Kentucky Derby? Crown Pride is coming off a win in the U.A.E. Derby. He was one of FIVE Japanese winners on Dubai World Cup night!
Mo Donegal – This $250k Uncle Mo colt owned by Donegal Racing did not face the tough field in New York on Saturday that he saw in the G3 Holy Bull in February.  But, he did win the G2 Wood Memorial, defeating the lightly-raced undefeated Chad Brown trainee, Early Voting. Early voting -yet another Gun Runner progeny in the 2022 Kentucky Derby field – should not be overlooked going forward. Mo Donegal was beaten in Florida by both White Abarrio and Simplification. However, he bested Zandon by a nose when they met in December of 2021 in the G2 Remsen.
Barber Road and Charge It both deserve a look for your exotics, as they were closing nicely in their respective stakes races last out at a mile and an eighth. Recent Kentucky Derby winners have been front-runners or close to the pace. Barber Road is ALWAYS around. He has two wins, four seconds, and a third from eight career starts. Red-hot up and coming jockey Reylu Gutierrez says he can get the mile and a quarter,  and I believe him. Charge It was  second to the more seasoned White Abarrio in the G1 Florida Derby in only his third career start. Goodness! Like Taiba, he was coming out of a maiden race!
Finally, we simply cannot ignore the potential for a rebound from the likes of Messier, Simplification, and Smile Happy. My biggest question with each of them is their ability to get the Kentucky Derby distance.
I plan to write to you at least once or twice more before May 7th as the 2022 Kentucky Derby field is solidified. I also MUST address the deep, talented, and exciting field for the Kentucky Oaks!