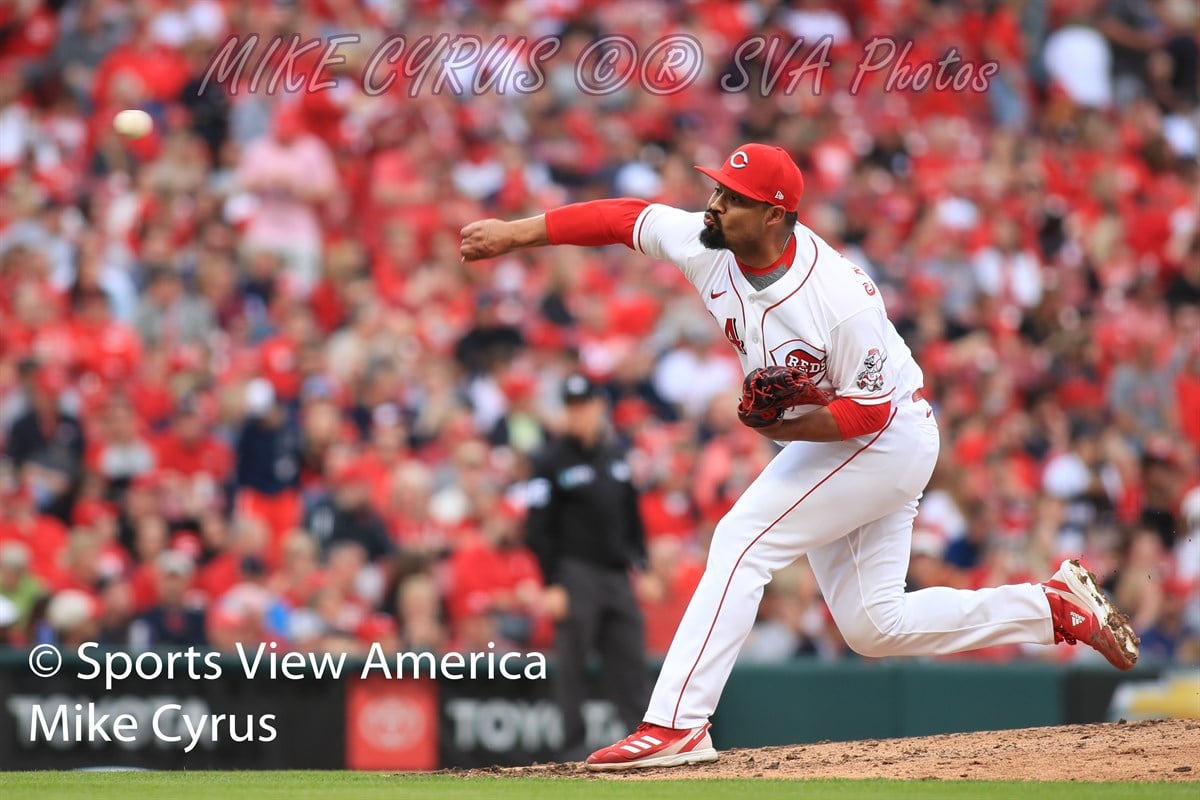 (CINCINNATI, Oh.) – Nick Nodolo, in his third Major League start, pitched a gem of a five-hitter as the Cincinnati Reds went on to defeat the St. Louis Cardinals 4 – 1 in front of 23,124 fans at Great American Ballpark. For the afternoon, the rookie left hander went 5.2 innings (throwing 79 pitches), giving up one earned run, striking out seven, and walking none. Tony Santillan, Art Warren, and Lucas Sims came on in relief to preserve the win.

“It’s pretty cool,” Nodolo said, regarding his first Major League win. “It’s good to get a win, to get the team a win. [The first-inning lead] was nice, but nothing really changed out there. I just kept trying to go out there and make pitches at the end of the day.”

Colin Moran’s sacrifice fly and Nick Senzel’s single in the bottom of the first inning staked Cincinnati to a surprisingly unfamiliar two-run lead. That was more than enough on this day because for the first time in forever, the Reds’ bats finally delivered—extending the lead and putting a halt to an ignominious eleven-game losing streak.

“I do believe it’s important, giving what has been happening, to get out to a lead against a great pitcher like [Adam Wainwright],” said Manager David Bell. “Those at bats in the first inning—I mean you look up and down our lineup today and there were several at bats that were key at bats. Colin Moran had a big day, Joey [Votto] walked a few times, Tommy Pham had a nice day. [JT] Riddle with he hit, [Alejo] Lopez with the hit. And then the defense, too, behind Nick with Riddle [and] Lopez making some nice plays. [Mark] Kolo[zsvary] did an outstanding job with Nick Nodolo. And then our bullpen came in and was pretty dominant those last few innings.”

As welcome as the win was today, the Reds’ record remains at an anemic 3 – 13 on the year. We all knew it would be difficult. After all, you’re asking for trouble when you start out your Major League schedule on murderer’s row. Opening the season against the World Series champion Atlanta Braves, followed by a grueling west-coast swing to take on the always-competitive Dodgers and Padres, can send even the best of teams plummeting right out of the gate.

Still, even the most pessimistic of Reds’ fans couldn’t have imagined an eleven-game losing streak burying the Reds at the bottom of the NL Central standings with the worst record in Baseball. During the streak, the Reds’ offense has been deathly silent. Not surprisingly, their on-base-plus slugging (OPS) and batting averages were among the lowest in the Majors.

Of course, injuries have taken their toll. To be fair, Cincinnati does seem to be a bit snake bit when it comes to players being hurt. Second baseman Jonathan India (hamstring), third baseman Mike Moustakas (biceps), catcher Tyler Stephenson (concussion), and outfielder Tyler Naquin (illness) are all critical cogs when it comes to offensive firepower. They’ve all, at one time or another, been missing in action on the field. It didn’t help that the rest of their teammates—like Pham, Nick Senzel, and Votto—were also slumping miserably in their absence.

Hopefully, the worst of times are over. Despite the questionable offseason moves, the untimely injuries, and the difficult opening schedule, there is cause for optimism. The young talent on this team is certainly capable of winning some ballgames. Nodolo, Hunter Greene, and Tyler Mahle form a solid trifecta of starting pitchers. Lucas Sims is back healthy in the bullpen. India’s hamstring is healing as we speak.

“Obviously, with the skid we’ve been on, it feels good just to win,” Nodolo emphasized. “It’s what we show up every day here to do. And to get off that, now we can keep building. Hope we keep going.”

Me too. Momentum is a magical elixir—and the Reds suddenly have it. Hey, it’s only a one-game winning streak…but you have to start somewhere.