Skip to content
You are here
HOME PAGE > 01 FEATURED > Patience 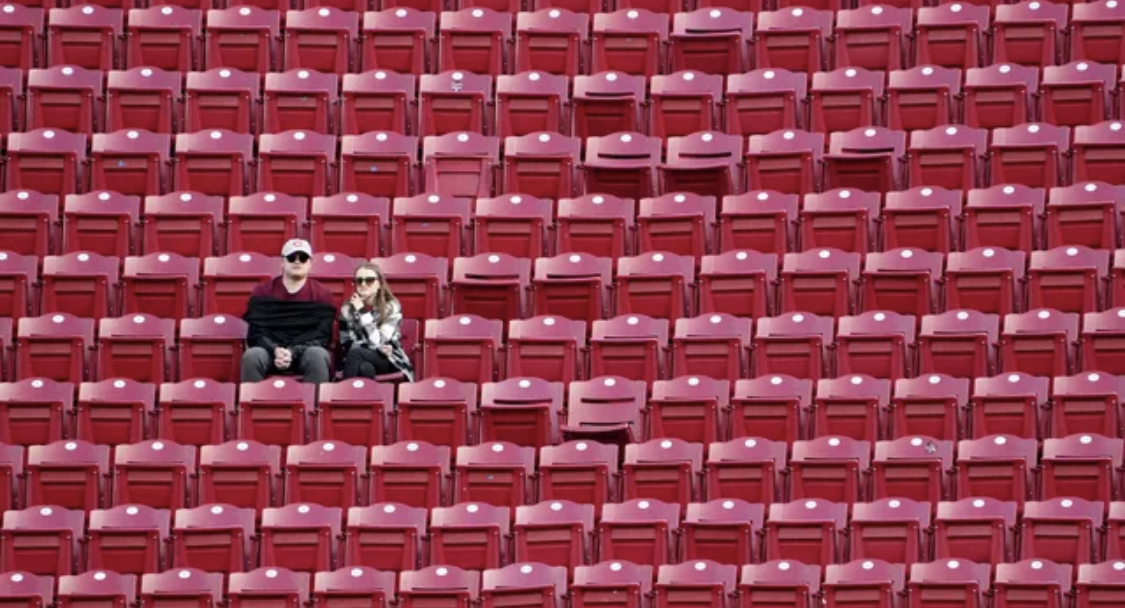 (CINCINNATI, Oh.) – Patience is a virtue, especially if you’re a baseball fan.

The Cincinnati Reds lost to the San Diego Padres for the sixth straight time in the last two weeks, testing the patience of all 10,449 lonely souls at Great American Ballpark. Padres third baseman Ha-Seong Kim rocked Reds reliever Tony Santillan with a bases-clearing double in the sixth inning to propel San Diego to a 7 – 5 victory and another series sweep.

“Losing sucks, no matter if it’s one game or a bunch of games,” said starting pitcher Tyler Mahle. “I had a few bad games [and] it was good to get some innings in, but it still wasn’t necessarily a good start.”

Mahle pitched five strong innings before fading in the top of the sixth. In his 5.1 innings, he gave up three runs on six hits with five strikeouts and two walks.

After 19 games, Cincinnati’s record stands at an anemic three wins and 16 losses—the worst mark in Baseball. Inconsistent pitching, untimely injuries, and lack of offensive firepower have been hallmarks of a season teetering on abject disaster. Of the Reds’ starters today, over half were hitting less than .200.

How patient should fans be? It depends on expectations. From everyone who has been given much, much will be expected. Reds fans haven’t been given much—certainly not enough to cheer about since opening day. Management traded away a hunk of the star power over the summer, and one of the lone remaining bright spots—Rookie of the Year Jonathan India—has been hampered by a hamstring.

India is learning quickly that it’s much more challenging to be “the man.” He struck out four times last night in the 8 – 5 loss and was pulled from the starting lineup again today for a day of rest. People at the ballpark I spoke to still love India, but they’ve radically lowered their expectations for the team as a whole. Honestly, they’ve been much more patient than what you would normally expect.

Coaches and players, however, have a totally different mindset than the fans. These games are their livelihood, and they’ve got a lot more inherently at stake than the average fan. No matter the disillusionment and disgruntlement, anyone wearing the uniform can’t afford to ooze negativity.

“I don’t know if I’m very patient,” Reds manager David Bell acknowledged. “I just see this as my job. I see it as my job to come out every day to coach, to manage, to be there for our guys. Whether things are going well or not, I’m just grateful for the opportunity to be able to do that every day. Now it’s more fun when you’re winning. It doesn’t feel patient inside, so I understand how people feel that care and love this team. That’s how we all feel.”

Things won’t get much easier this week against Colorado and Milwaukee on the road, but let’s end this column on a positive note. In the game today, Catcher Mark Kolozsvary did record his first major league hit (a go-ahead, run-scoring double in the fifth), and India delivered on a run-scoring pinch hit as the Reds were later rallying from behind. Come to think of it, the Reds have shown a propensity for scoring runs when trailing. The unfortunate reality is that is that they always seem to be trailing.

“I’m glad that other people are noticing that,” Bell said, when asked about the recent rash of come-from-behind scoring. “I know that because I’m around these guys all the time. I knew that from really early on in spring training. That’s our job, but at the same time it does say a lot about the character. You just want so bad for that to produce wins and success. You know it’s coming. The more those wins are tough to get, the harder it is to stay after it. And our players have continued to do that—which is their job.”

Be patient. Hopefully things will gradually change for the better.