Skip to content
You are here
HOME PAGE > 01 FEATURED > It is high-time to put Coach Dan Goble in the KHSAA Hall of Fame. 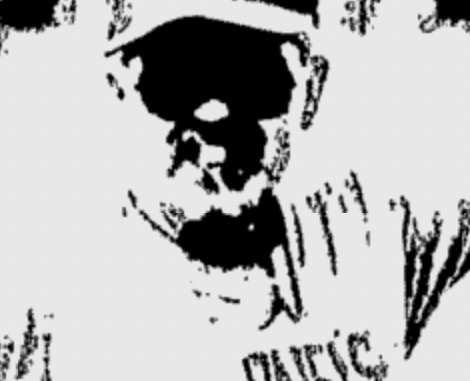 I have never known a better football coach nor man then Coach (Dan) Goble. I am who I am because of him. He’s made me a better player, coach, and man for having had my life intersect with his.

Sometimes around the magazine we get summoned to champion causes. Some of what we do serves the public more than it serves our business interests.

There are some causes we are pleased to advocate. Today’s cause is such an instance.

A member of our editorial board, Fletcher Long, was summoned to the office of the District’s Director of Athletics today in Christian County, Kentucky. All of us at the magazine were both thrilled at the prospect and curious about the reason for the perceived need for our services.

The questions came fast and furiously when Long called into the office afterward. Long told the office, “Coach Stovall and Mr. Lindsey Clark (CCPS Board Member) have asked KPGFootball to help get Coach Dan Goble inducted into the KHSAA Hall of Fame.” Well, I thought upon hearing this, at least they didn’t ask us for anything difficult.

I am being completely serious. Why would getting Dan Goble inducted into the KHSAA Hall of Fame even be a challenge?

After all, the man coached 37-years and only had 7-losing seasons among the bunch. Coach Goble has done much more than just that.

We are talking about a guy who won 185-football games as a head football coach. We are discussing a guy who won two 4A titles when 4A was the highest classification of football competition played in the commonwealth (1982, 1984). Class 4A was known as “big boy football” in those days.

How can getting him inducted into the Hall of Fame be any trouble? Heck, this ain’t no hill for a bunch of steppers.

This is the guy we need to help get in the Hall of Fame? Piece of cake! Slice of pie!

We called our buddy Coach Mike Holcomb. “Coach Holc,” as he is called by the people who know and love him (pretty much everyone who doesn’t regularly appear on his schedule) is one game short of winning number 300 in his own illustrious career. “Coach Holc” won 2A titles in 1995, ’96, and ’02, was runner up in ’08.

“Coach Holc” had his Madison Central Indians in the Class 6A semis just last season. Holcomb is universally believed to be a sure-fire, first-ballot Hall of Famer when he hangs up his whistle.

We called Coach Holc and asked if he would help us get Coach Goble in the KHSAA Hall of Fame. Holc’s response, “He (Coach Dan Goble) should be a lock.” One would think.

Never was able to get a W against Coach Goble as a player in the 80’s, but I was fortunate enough to have a son play for a CCHS team with him on the staff. There is not a finer man or football coach to ever walk the sideline. If Dan Goble isn’t HOF material there shouldn’t even be one.

So here we are…charged with making Coach Goble’s “best case” for enshrinement. In reality, Goble achieved so much it is hard to know where to begin or exactly what to include. We can’t put everything, there isn’t enough room on the nomination form.

Consider this…in addition to everything else we have above listed, Goble began his coaching career at Erlanger Lloyd where he helped that team win a 1A title (1965). Then he went to Shelby County where his first team was 0-10. He took the next two teams to 6-4 and 10-1 before moving to Louisville’s Atherton High.

Goble was at Atherton for nine-seasons. Goble finished with a winning record (48-47-2). Leaving Atherton with a winning overall record in those days was a feat worthy of Hall of Fame consideration in and of itself.

Goble next spent 21-seasons at the helm of Christian County High School when it played Kentucky 4A or “big-boy football.” Over that tenure, Goble became the program’s all-time winningest coach with 121-wins and the only coach outside of Louisville to win a football title in Kentucky’s largest classification of competition twice.

Consider this, and I really want you to think about this for a moment; four (4) schools had all-time seasons with Coach Goble either at the helm or on its football coaching staff. How many coaches Kentucky-wide can make such a claim?

Shelby County, a place he coached a whopping three (3) years, still hosts an annual fishing tournament named for him. That is how much Coach Goble meant to those young men, they still come back yearly just to fish in a tournament carrying his name.

Being a championship football official for almost 30 years, I called several big games for Coach Goble over my career. I never had a coach treat my crews any better than he. Coach Goble was both a Hall of Fame coach and person. Coach Goble has helped many people in our community in ways other people aren’t even aware.

Perhaps any coach’s most lasting legacy is the impact the coach has on the young men who played for him. Tony McCombs, one of his most famous players at Christian County, had some incredible things to say about his old high school football coach.

What he had to say was convincing to us. Of course, McCombs had us at “hello.”

Coach McCombs, formerly known around Hopkinsville as “Cheese,” was among the best players to ever play for Goble. Coach McCombs went on to have a Hall of Fame, All-American and All-OVC career as an EKU Colonel before five years in the NFL as a linebacker.

Now coaching linebackers and serving as Recruiting Coordinator at Warner University, McCombs told us the following, “I have been involved in football from the high school level to the NFL as a player and coach. I have played for and worked for many coaches over that time.”

McCombs continued, “I have never known a better football coach nor man than Coach Goble. I am who I am because of him.”

“He’s made me a better player, a better coach, and a better man for having had my life intersect with his. He will always be, in my opinion, one of the best to ever have done it. (Coach Goble) set almost impossible to reach standards along the way.”

With all of the body of work considered, is there any doubt in any of your minds Dan Goble should be enshrined in the KHSAA Hall of Fame? No sir, we don’t have a moment’s hesitation about that either.

Let’s get behind this application. Christian County School Board, you had us at “hello.” Next time, ask us for something a little more challenging.

This is Coach HB Lyon, reporting for KPGFootball, and we’re JUST CALLING IT LIKE WE SEE IT!

If you enjoyed this article and wish to gain full-access to the site, then subscribe monthly to Kentucky Prep Gridiron by following the prompts!

© The information contained on this site is the copyrighted intellectual property of KPGFootball. Any unauthorized dissemination of this material without the author’s express written consent is strictly prohibited!