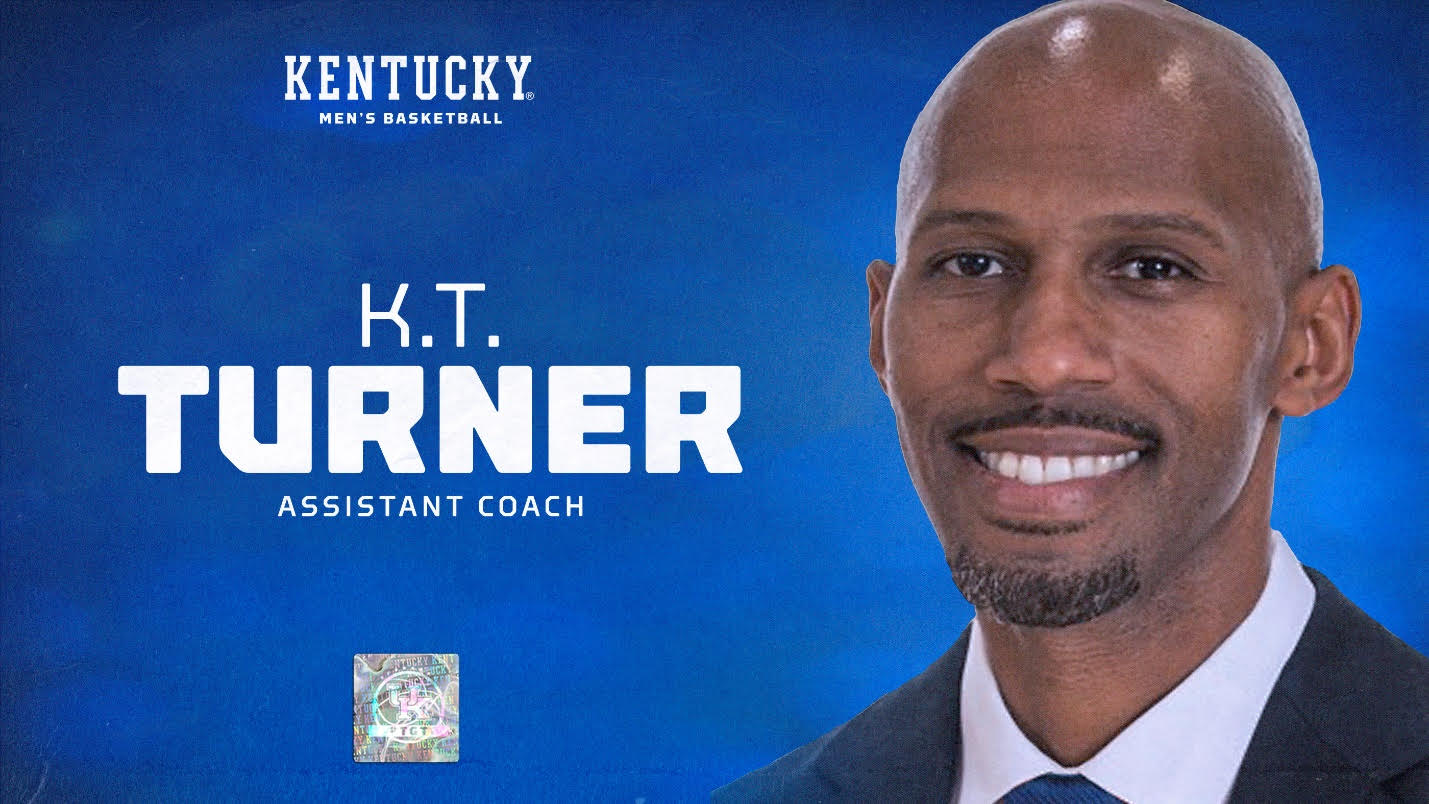 LEXINGTON, Ky. – K.T. Turner, who has been a mainstay in the college basketball coaching profession for nearly 20 years, will join the Kentucky men’s basketball staff as its newest assistant coach in 2022-23.

“I knew that when we had an opening, K.T. Turner would be our next guy I’d be calling on,” UK head coach John Calipari said. “I’ve been very impressed with K.T. for as long as I’ve known him. He is from Cincinnati, his father worked for Tony Yates, and he still has ties to the area. He’s an established coach and someone who has a passion for development. He loves spending time in the gym working with kids and helping them continue to push for improvement. K.T. has done an excellent job of recruiting Texas, which has always been good to us, and has a terrific ability to connect with young people. He is exactly the coach we were looking for and I’m thrilled to have him join our family.”

Turner comes to Lexington after spending one season with Oklahoma as an associate head coach under Porter Moser in his first year as head coach. The Sooners went 19-16 and advanced to the second round of the National Invitation Tournament.

“I am grateful for the opportunity to work at the University of Kentucky,” Turner said. “I’ve always wanted to work under John Calipari and be a part of his program. He has been on the forefront of college basketball for a long time. My family is extremely thankful for the opportunity to live in the state of Kentucky and be a part of the Lexington community. There is work to be done and the staff that I am joining is prepared to get this done. We know the mission is to get number nine.”

Prior to his stop in Norman, Oklahoma, Turner was the associate head coach at Texas in 2020-21. The Longhorns amassed a 19-8 overall mark, won the Big 12 Championship and earned a No. 3 seed in the NCAA Tournament. Turner was instrumental in the development of Kai Jones, who was named the Big 12 Sixth Man of the Year. The Longhorns led the Big 12 in field-goal percentage defense (40.8%), 3-point field-goal percentage defense (31.7%), rebounding (38.4 per game) and defensive rebounds per game (27.6).

Turner spent seven seasons as an assistant at SMU prior to joining Texas. The Mustangs accumulated a 160-71 record, won a pair of American Athletic Conference regular-season titles and two AAC Tournament championships with Turner on the bench. He also helped guide the Mustangs to two NCAA Tournament appearances and were ranked in the Associated Press Top 25 in four of the seven seasons. The Mustangs climbed as high as No. 8 in 2015-16. Turner spent three seasons under the tutelage of Larry Brown, before working for Tim Jankovich during his final four seasons.

Three Mustang players earned AAC Player of the Year with Turner on staff. SMU’s players garnered 15 All-AAC selections over the course of those seven seasons, which were the most in the stretch by any school in the league during that time. While at SMU, Turner also helped coach three NBA Draft selections in Semi Ojeleye, Sterling Brown and Shake Milton.

Prior to his work in Dallas, Turner was on the Wichita State staff in 2012-13. The Shockers registered a 30-9 mark and advanced to the Final Four.

He began his collegiate playing career at Hutchinson Community College where he earned all-conference honors, while playing under Jankovich. He finished his career at Oklahoma City University and helped the Stars claim the Sooner Athletic Conference regular-season and tournament titles and advance to the NAIA quarterfinals.

A native of Cincinnati, Turner earned his degree in criminal justice from Oklahoma City University in 2003. Turner played professionally for Benneton Treviso in Italy for three seasons before moving into the coaching profession.

Turner and his wife, Cassaundra, have three children, Kelis, Kenny and Kendra.