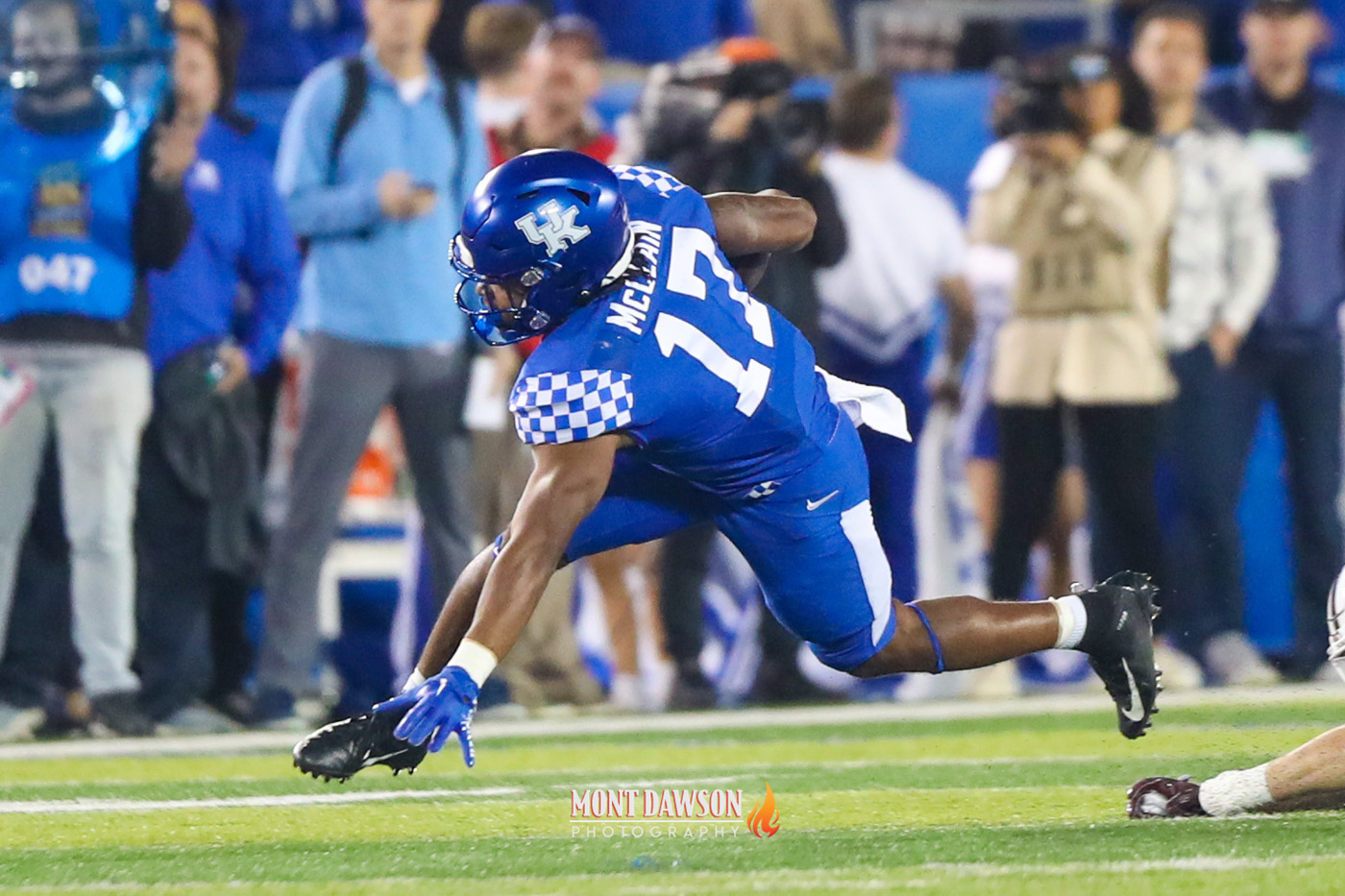 Tonight’s game against the Mississippi State Bulldogs felt like a must win game for the Kentucky Wildcats. They needed to get their momentum back after two straight SEC loses. Last week’s loss to South Carolina may be blamed on not having Will Levis taking the snaps as the quarterback, but in both games the special teams performed terribly. Tonight, it looked that special teams were going to struggle once again after missing their first field goal. Matt Ruffolo, however, made his next two field goal attempts and helped propel the Cats to a 27 to 17 victory over the Bulldogs.

Offensively, the game was slow for both teams which ended with a scoreless first quarter. Even at the half the score was 6 to 3 with the Wildcats holding a slight edge. The second half proved to be a little more exciting with ball moving down the field. Will Levis ended the game with 230 yards passing, completing 17 of his 23 attempts. Barion Brown was his leading receiver, catching 7 of his 9 targets for 62 yards. Chris Rodriguez was perhaps the MVP of the game rushing for 196 yards and scored two touchdowns in his 30 attempts.

The defense had another impressive night. They only gave up one touchdown by Mississippi State’s offense and only allowed the Bulldogs to make one field goal. DeAndre Square was the defensive player of the game with a team high 11 tackles and had a late game interception to help bring home the victory.

The Wildcats will have next weekend off and will hopefully return a healthy roster to take to Knoxville. The Volunteers will be a tough match-up for the Cats after beating Alabama earlier in the evening they will be ready to play the Wildcats.

Kentucky kicked the ball to Mississippi State to start the game and the defense held up and caused Mississippi to punt. The Wildcats were making progress down the field, but gave the ball back the Bulldogs with a fumble by Rahsaan Lewis. The Defense held their ground once again and forced a punt. What looked like a touchdown return by Barion Brown was brought back for a block-in-the-back penalty. The quarter ended with neither team scoring. Kentucky had 8 penalties for 60 yards.

The first points were put on the board by a Mississippi State field goal kicked in from 48 yards out by Massimo Biscardi. Kentucky missed a field goal of their own with 1:52 left in the first half. However, Matt Ruffolo redeemed himself with a 28-yard field goal to end the half with the score 3-3.

Kentucky received the football to start the second half and was moving the ball down the field until Will Levis was hit late (no penalty) and was injured on the play. Matt Ruffolo hit another field goal from 37 yards out to give UK a 6 to 3 lead. On the following possession the Bulldogs scored the first touchdown of the night on a 1-yard pass from Will Rogers to Austin Williams putting them back ahead 10-6. The Cats were not ready to give the lead up and scored a touchdown after Will Levis returned to throw a 3-yard pass to Rahsaan Lewis for his first career touchdown.