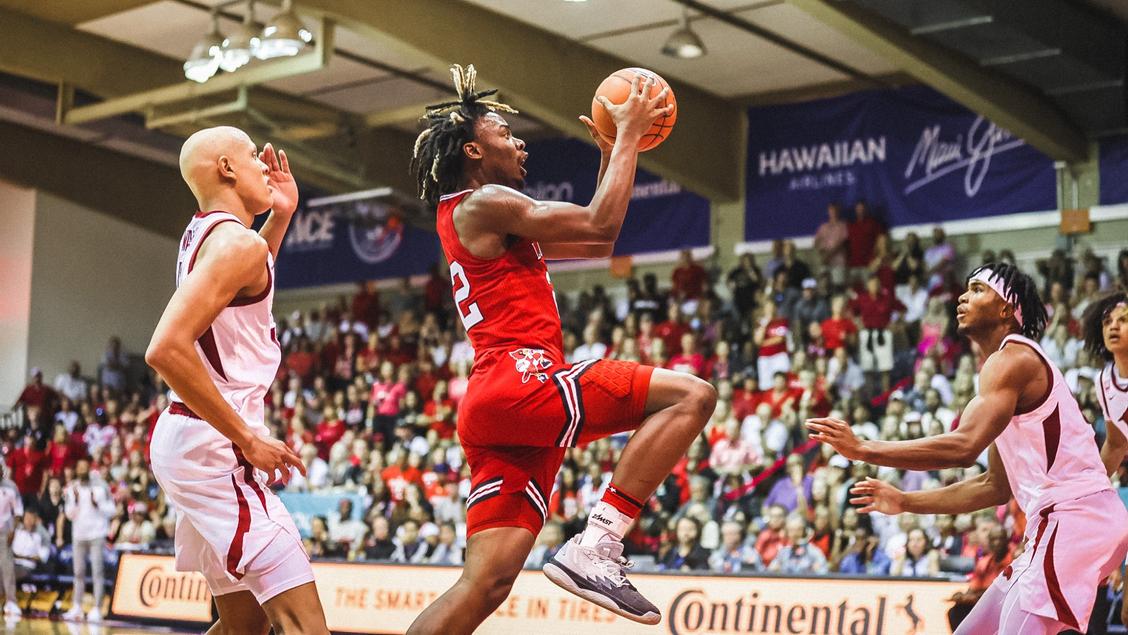 LAHAINA, MAUI, Hawaii — The Louisville men’s basketball team hung with No. 9/10 Arkansas in the early going Monday, but a massive 17-0 run by the Razorbacks in the second half sent the Cardinals to an 80-54 loss in the first round of the Maui Jim Maui Invitational.

“They kept competing,” UofL head coach Kenny Payne said of the Razorbacks. “They kept the pressure. They kept the energy and brought it more. And we fazed out. I thought they out-competed us. They wanted it more. But that’s what great teams do. There’s a reason they’re top 10 in the country and they showed it.”

Arkansas built a double-digit lead in the first half, but Louisville (0-4) fought back in a stretch that included the first points of freshman forward Kamari Lands’ career.

After an initial jumper, Lands added a 3 and a pair of free throws to trim the Razorbacks’ advantage to 31-26. The Cardinals trailed 36-28 at the break.

Louisville continued to chip away early in the second half, but never came closer than five after Traynor’s basket in the lane.

Arkansas star freshman Anthony Black answered with six straight points on his own, and the dam broke from there as the Cardinals committed 16 of their 22 turnovers after the break. Black led all scorers with 26 points.

“I would say just being confident,” Traynor said. “When you’re not confident that’s when turnovers come. So I feel like as a team that’s something we try to work on and stay confident and be strong with the ball. It’s just something we got to work on.”

“They play a great defense the whole time,” Lands said. “Just like coach said, they’re great athletes, great team. And they just kept the pressure on us all game. Respect to them for playing the defense they did.”

Lands paced the Cardinals with 13 points, including a perfect 6-for-6 night at the free-throw line. Senior guard El Ellis added 11 points, and Traynor finished with nine.

The road doesn’t get any easier for Louisville, which will face another top-25 opponent next in No. 21/20 Texas Tech at 2:30 p.m. ET Tuesday in the consolation bracket.