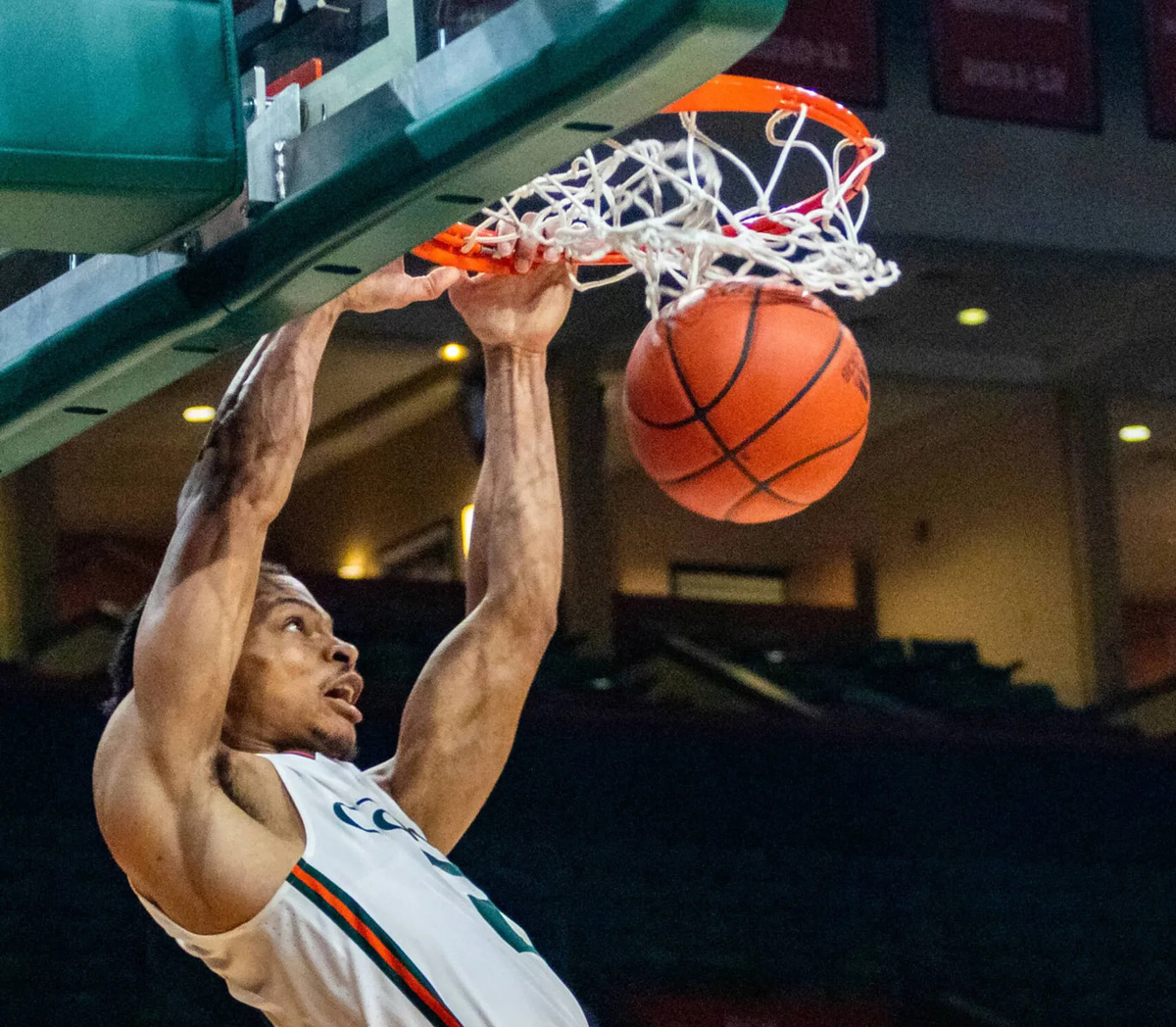 Led by a co-game-high 19 points from fifth-year senior guard Jordan Miller and fourth-year junior guard Isaiah Wong, the Hurricanes had a quintet of double-digit scorers in a dominant, wire-to-wire victory on their home court at the Watsco Center. 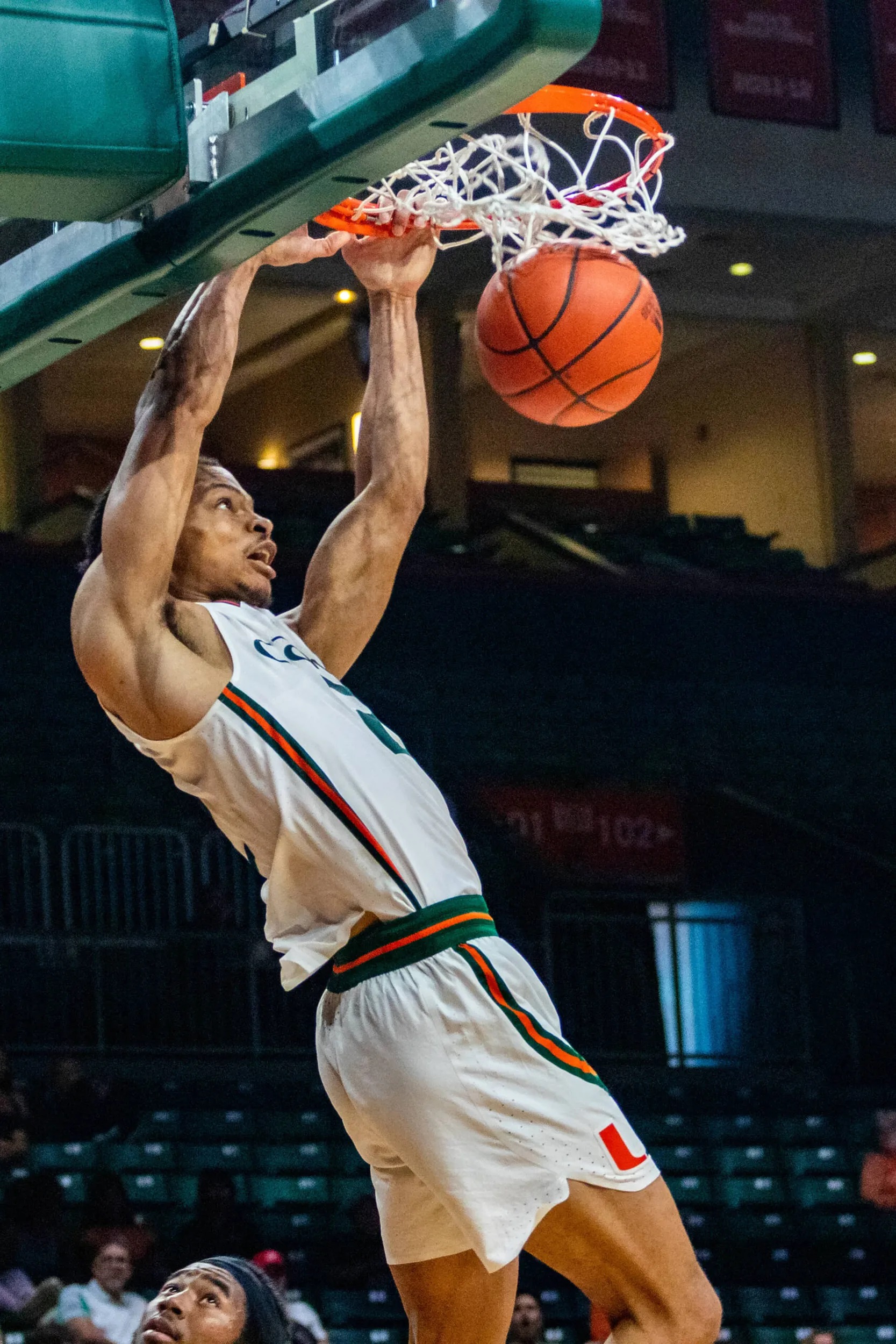 “I thought the guys did a great job. They executed the game plan exactly the way we would’ve liked. We got off to a great start, we were ahead 13-zip,” Miami head coach Jim Larrañaga said. “When you’re able to get out in front, everybody tends to relax a little bit and feel confident. I was very, very pleased with the overall effort from start to finish.”

Miami, buoyed by a game-opening dunk from third-year sophomore forward Norchad Omier just 18 seconds in, raced out to a 13-0 lead in the first 3:25 and held the Crimson Hawks scoreless for four-plus minutes. IUP closed back within four, 20-16, but the Hurricane reasserted themselves and upped their lead to 15, 42-27, in the final minute of the half.

“I think we’ve got five, six, seven guys who can really put the ball in the basket,” Larrañaga said. “So, it gives me confidence that if we can defend and rebound, that gives us a chance to be in good position at the end.”

In addition, Miami forced 17 turnovers and committed only five, notching 12 steals and conceding just three. It also had 10 blocks, including three by freshman center Favour Aire, compared to IUP’s one.

The Hurricanes will begin the 2022-23 regular season Nov. 7 at 7:30 p.m., when they host Lafayette at the Watsco Center, live on ACC Network Extra. The 2021-22 Elite Eight banner will be unveiled in a pregame ceremony.

Fans can purchase an opening night ticket for both the men’s and women’s basketball game (Nov. 7 at 4 p.m. against UMES) for just $15 by clicking HERE.