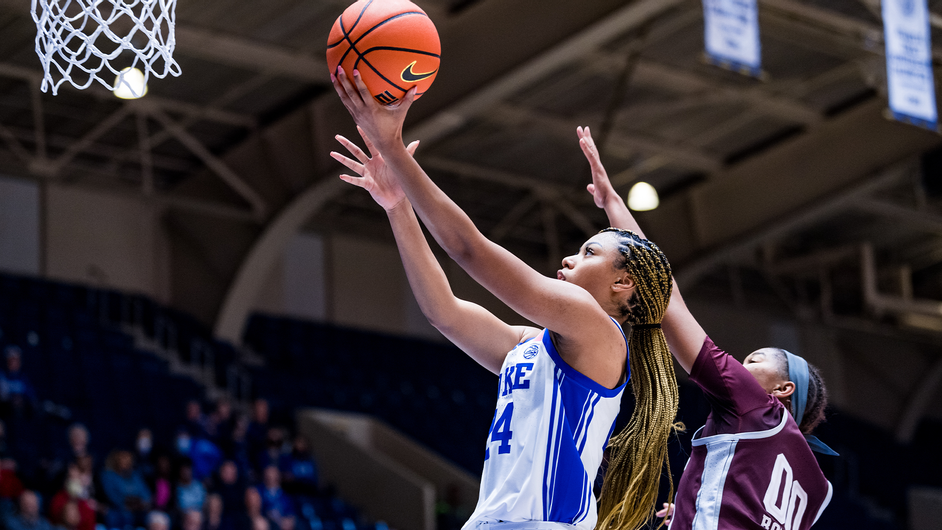 The Blue Devils (4-0) finished the game with four in double figures, led by senior Elizabeth Balogun with 15 points off the bench – seven of which came in the third quarter to help Duke blow the game open. She also grabbed two rebounds and had a pair of steals.

UP NEXT:
Duke is back on the road this weekend, heading north for a game against Toledo Sunday, Nov. 20. Opening tip is set for 1 p.m., on ESPN+